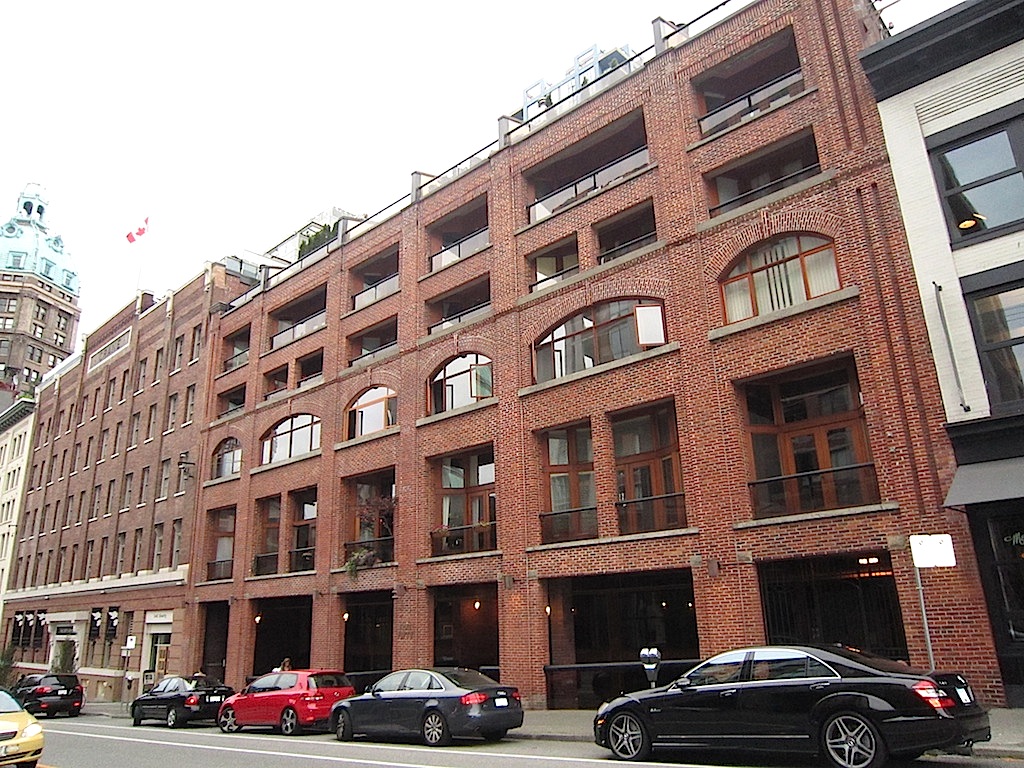 550 Beatty Street has 6 levels, there are a number of commercial buildings on the ground level and one under ground level as well as 36 Residential Lofts above ground.

The strata in the building is very reputable and very pro-active. They have recently re grouted / finished the exterior brick veneer of the building. Units in Five Fifty Beatty Street come with a very large variety. Every unit is very unique with many having renovations & updates in recent years to much more modern Loft spaces from original. The spaces in 550 Beatty street are much larger than normal on Beatty Street, the units start at just over 900 SqFt and reach as high as 3 levels & over 2000 SqFt. Some of the units have huge arced windows at the front of the homes with others having nice little covered balcony's. Amenities in this building simply include a Workshop.

550 Beatty Street is built of Concrete, Brick & Cedar Beams. This Loft Building is situated as the Southern most development on the 500 block of Beatty Street, beside Cafe Medina.