Jay McInnes | July 21st, 2011 | 564 Beatty Street (Crosstown Vancouver) Commercial development!
564 Beatty Street is currently a 3 story Heritage office / commercial building. This is the last building (South) of Beatty Streets "Heritage Row". This building has Chambar Restaurant (562 Beatty Street) to its North and to its South has the promenade walk way from Beatty Street that connect to Stadium Skytrain Station & on to the Keefer Street Round-about. 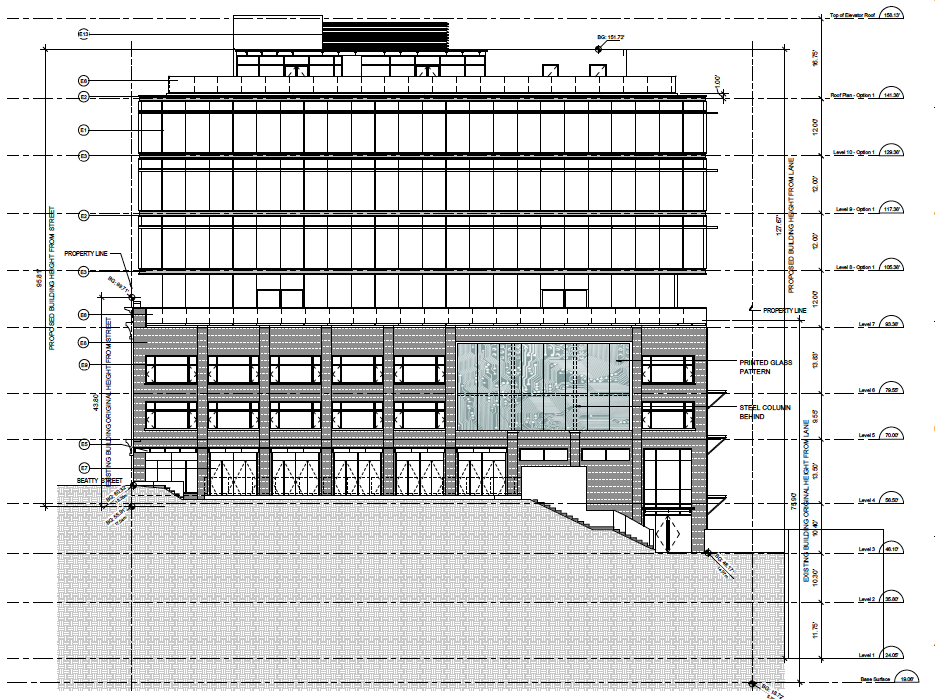 There is currently an application in at City Hall to have this 3 story Heritage office / commercial building added to by way of an additional 5 storeys of office use. There will by typical retention & rehabilitation of the original Heritage building in place. there will also be 1 off-street level of vehicle parking with access from the lane.

I have all of the proposed plans at the PDF links below:

There needs to be much more Office / Commercial space brought back to the city (Downtown Core), especially in these growing areas of transition! Crosstown Vancouver needs some new boutique office space to compliment its growing lists of area amenities! I think this is a fantastic idea as long as they make it something worth building. I am thinking nothing but exposed steel, concrete and glass..... that would be ideal and VERY well suited to this sophisticated block of Beatty Street in Crosstown Vancouver.

For any further information or comments please contact me direct at jay@jaymcinnes.com.